Joy is the Antidote 💗

EarthRISE - What is arising in you?

When the astronaut Edgar Mitchell was returning from one of his missions, he had an experience of samadhi, or divine union. The photos of Earth from space, coined “Earthrise”, ushered in a new era of consciousness on the planet. In light of the obvious point that we share one home, our differences seem much less significant. “Instead of an intellectual search, there was suddenly a very deep gut feeling that something was different. It occurred when looking at Earth and seeing 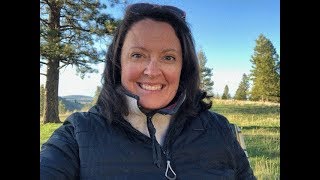 You Don't Need Someone Else's Certification

While in my afterglow from spending time with my business coach and peers in Paris, I have a message for you about your innate Multidimensional Intelligence. As a Wayshower, you arrived on the planet with a specialized set of gifts and abilities that align with your Soul Purpose in this lifetime. Your innate drive to serve humanity likely presented itself early in life. For example, I AM here to help the human collective self liberate and to reclaim self sovereignty. By the