Role Modeling As An Act of rEVOLUTION

While I was walking across Paris earlier this week, I enJOYed an electric feeling in the air. The French had just won the World Cup in soccer and were on a palpable high. People flashing giant smiles wrapped in the French flag dancing and laughing, pods of motorbikes, honking, yelling, and pulling wheelies, and the thousands that thronged the Champs-Elysees Avenue sending up an emotional roar as their team arrived on the scene. Just two days before, the French had celebrated 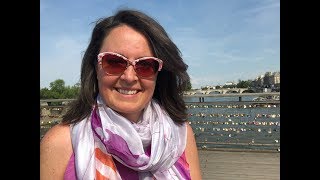 Back from Egypt - Our Past Is Not Our Future

Wow. The Egypt mission is complete. For those of you who don't know, I am regularly summoned via my Higher Guidance to go to specific locations on the planet at specific times. So, in December of 2016, when the news reached me (like a telegraph from above) that I was to travel to Egypt in 2017, I wasn't surprised. I knew of at least one past life I've had there - Hypatia of Alexandria. (Not surprisingly, I am now teaching much of what she taught in her own lifetime). What I w